WE WORK FOR YOU ...
AND YOUR RIGHTS 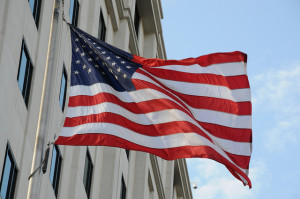 Anyone can commence an application for a green card and for landed status in the United States, however individuals must apply through a family member, in response to a job offer for employment in the US, or be seeking asylum as a refugee to qualify.  There are also other criterion that allow for immigration based on artistic, medical or technological talent under the “Alien of Extraordinary Ability” category and other exceptions.

No matter what your reason is for attempting to immigrate successfully to the United States of America, the application process can range from one year to over twenty five years, depending on the individual case circumstances, country of origin and also immigration lawyers experience.  It is important to understand that it can take years, and thousands of dollars to successfully immigrate to America legally.

Illegal Immigration and Non-Residents in the United States

Given the proximity of American states such as Texas and California to the Mexican border, and the vast size of the protected border between Mexico and the United States, it is not hard to fathom how many illegal immigrants gain entrance without authorization every year.   The topic is discussed frequently in relation to an Executive Order passed by President Barack Obama in 2014 which proposes the naturalization of the estimated 11 million immigrants in the United States.

However the criteria that must be met in order to apply for legal landed status in the United States is hard for some migrants, who may have little to no documentation from their native country.  In addition, most illegal immigrants live in constant fear of being exported as a non-resident, despite having married an American citizen and even in some cases, starting a family with children born in the United States.  Those children as well, live in fear of being deported with their parents.

The green card or landed status creates an opportunity for immigrants to participate in social programs such as social security, healthcare and to pay taxes and contribute to the growth of America.  The socio-economical benefit is one of the intentions of the proposed Deferred Action for Parents of Americans and Lawful Permanent Residents.

Depending on your circumstances and your reason for requesting to immigrate to the United States, you may or may not qualify for a specific Visa to enable the application process to commence.  All green card applications require the processing of a visa for admittance to the United States to ensure that visitors are registered and approved to remain for a specified length of time.

If the federal court approves the executive action on immigration as proposed by President Barack Obama, the Deferred Action for Parents of Americans and Lawful Permanent Residents may make naturalization easier for those living illegally in the United States and their families.

For more information on the DACA guidelines and its impact on immigration, visit the U.S. Citizenship and Immigration Services website (USCIS).